Our Books, Out Now, Quick Reads

If you haven’t got time to read a book with hundreds of pages, then try a 2 Steves’ quick read!

We’ve written many of these titles – here are some of our favourites.

One of them even won a book award! Killer Clone was voted the best book in the 2010 Southwark Book Award – those students in Southwark know a good book when they read one!

There are books for all interests: hi-tech gadgets, clones, one that investigates what makes something funny, and even one that tells you how to be safe on the internet.

What are you waiting for? Get reading – quickly!

It’s not easy sorting the bottom team in the football league… but when your team has been drawn against Mudchester United, the champions, it’s a chance for your team to cause the biggest upset in football, ever! Is it going to happen? Read on and find out… 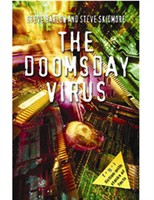 In two hours, a powerful computer virus will be unleashed on the internet and take out every computer on the planet! The world’s only hope is Tim Corder, a 14 year old computer hacker. But will the government trust Tim long enough to stop the Doomsday Virus? It doesn’t look good…

The 2Steves Say… “We had to do a lot of research on this book. We spent a long time looking at how people can hack into computer systems and how the world is so reliant on the internet and computers! It’s very scarey!” 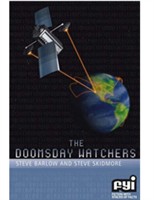 Tim Corder made the smartest guys in the Central Security Agency look stupid. Now they want payback. They’re onto him. They can watch him through walls. Hear him from miles away. See him from space. And now they want to bring him down. Can Tim stay one step ahead?

The 2Steves Say… “This book was very interesting to research and write. We had to learn all about electronic surveillance systems and how the powers that be are watching us all! In fact they might be watching you right now!”

Other people say… “Great sequel to the best-selling The Doomsday Virus.” 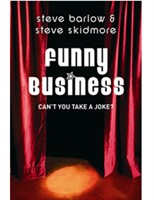 All his life, people have made fun of Ben. Now he wants them to laugh at him – he’s in a comedy show! But when it’s his turn in the spotlight, Ben won’t tell the kind of jokes that hurt people. Is there another way to make people laugh?

The 2Steves Say… “This is one of our books we are very proud of. We don’t want to give the plot away, but this book was inspired by an actor who worked with Steve Barlow in a theatre company. This person was a real fighter – he was determined to beat the odds and make his dreams come true. The book also explores the nature of comedy – just what is funny?”

Other people say…“A lot of writers would shy away from writing a book like this – and few would achieve it so successfully.” 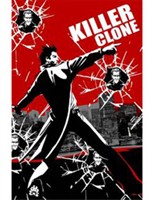 The Doctor’s been shot. The killer’s DNA is on the gun. But 30 identical clones all have that DNA. They all said they didn’t do it. One of them is lying. Who is the killer clone?

The 2Steves say… “This was a fun book to write! The idea of having 30 identical suspects was a great place to start. The scary thing is – this could happen in the future! The Private Investigator is based on all the brilliant detectives in the American crime films of the 1940s and 1950s. Think Humphrey Bogart with attitude!”

Other people say… “I thought the story was AMAZING!” 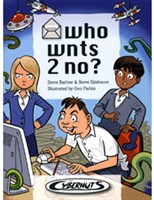 Dud’s found a foolproof way of getting rich quick. All he has to do is put his personal details online. What could possibly go wrong? Zip and Mouse aren’t convinced: they want to know, who wants to know?

The 2Steves Say… “This book was commissioned by O2 in order to promote internet safety for children. They gave away over 120,000 copies! It deals with a very important subject and we were happy to write it and team up again with one of our favourite illustrators – Geo Parkin.”

Other people say… “I really, really loved this book… especially the bit about the aliens sucking your brains out with a straw! I started reading it… and I didn’t stop.”