The Lost Diary series is a hilarious sideways look at history. Full of facts and fun, the books explore the lives of famous (and not so famous) people. Written in diary form with additional “realia” such as postcards, newspaper clippings and posters, they put the story in history!

The 2Steves say… “We both love history, so it was a real pleasure to research and write these books. We originally wrote six Lost Diaries, but it’s difficult to get hold of some of them.
You might find them in your local library.” 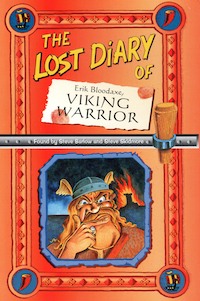 The truth is revealed about the 10th century Viking King and Warrior, Eric Bloodaxe by his court poet, Gorblime Leifitoutsson.

The 2Steves say… “This is probably the only one of our books that was inspired by a coffee mug. Steve B once got given an Erik Bloodaxe mug as a present, and we found out who he was and wrote his story. (You can still get the mugs. The book is a better read, but not so good at holding coffee.)”

Other people say… “Great for dipping into or snuggling down with…” 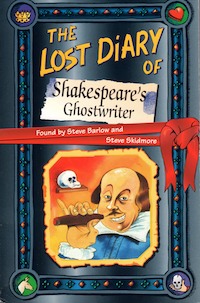 How Shakespeare really came to write his plays – with a little help from a man called Bacon. Egbert Noah Bacon (Streaky to his friends).

The 2Steves say… “There are still people around who think that Shakespeare’s plays weren’t written by Shakespeare because he only went to a grammar school and not a posh public school. These people are: a – snobs, b- sad, c – wrong.
Shakespeare probably did work with other writers on his plays – but they’re his plays, and they’re the best plays ever written. So there.”

Other people say…”The authors weave a tale that even the Bard would have been proud of.” 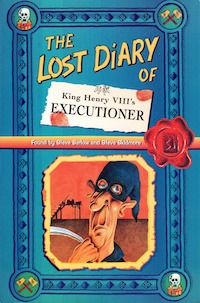 All the dirt on King Henry’s reign with Chopper Smith (motto: Chop ‘Til You Drop) – the man who really knows where the bodies are buried.

The 2Steves say… “This was the first of the Lost Diaries. We didn’t want the diary to be written by Henry himself because he’d just try to make himself look good. So we invented Chopper Smith – and the rest is History!”

Other people say… “Our 10 year old couldn’t put this one down!” 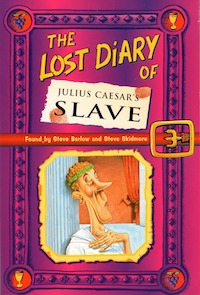 Written by Commonus Muccus, a Briton who became the personal slave of Julius Caesar. The diary follows the rise and fall of the Roman Emperor. Soldiers and slaves, Barbarians and baths, Gods and gladiators – the whole of Roman life is here!

The 2Steves say… “We really enjoyed researching this period of history! The names of the newspapers are particularly groan-inducing – The Gauldian, The Daily Espresso and the News of the Woad – terrible, hey!

Other people say…”Kids have so much fun reading this stuff, they don’t realise they are learning.” 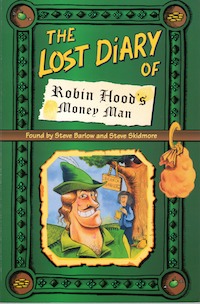 Meticulously kept records by a certain Len du Somoney gives incredible details of Robin Hood’s financial dealings in his fight with the Sheriff of Nottingham and Prince John. Merry men and mad monks, taxes and tyrants and not forgetting the Microhard chain mails sent by Robin’s cousin from the crusades – it’s all here in this amazing Lost Diary.

The 2Steves say… “We met at a school in Nottingham, so we HAD to write a book about the great outlaw. And what a story it is! Was Robin a real figure, or just a figure of legend? Read this and make your own mind up.

Other people say… “The contemporary storytelling is highly entertaining and accessible to the most wary of readers.” 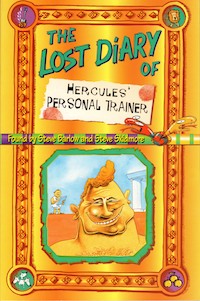 Newly discovered jottings found wrapped in lionskin and horsedung, reveal amazing details about the lives of Gods and mortals in Ancient Greece. Written by Arikarpentes – one of the Classical World’s top trainers, it tells the story of Hercules – the first heavyweight champ of the world!

The 2Steves say… “We love the myths and legends of Greece. We’ve based many of our books on these stories, so it was a real pleasure to write up the story of Hercules – a true hero!”

Other people say…”A really enjoyable book filled with really funny episodes and some real historical facts. A book to enjoy!”