No to Library Cuts! 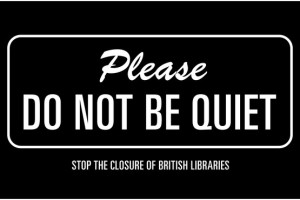 Read Steve Barlow’s letter to Joe Anderson the Mayor of Liverpool about the proposed library closures in Liverpool.
We’re still waiting for a reply!

I hear with dismay that Liverpool plans to close more than half its libraries. My own Council, Somerset, had a similar idea. On 16th November 2011, its plans were deemed unlawful by the High Court on the grounds that it had not complied with its public sector equality duties in pushing through the closures.

Had Somerset County Council succeeded in its plans, the result would have been disastrous for every resident of this county. The plans you are formulating for Liverpool would be no less disastrous.

I am a children’s author. I spend around 100 days every year visiting schools, libraries and festivals in the UK and worldwide to promote reading and writing among young people. I do this because I believe that literacy is a vital part of any child’s development; and libraries are a key contributor to the development of literacy among our children.

In the UK, the Every Child A Reader programme makes it unequivocally clear that basic literacy is essential to future success. 70% of pupils permanently excluded from school have difficulties in basic literacy skills. 25% of young offenders have reading skills below those of the average seven-year-old. 60% of the prison population have difficulties in basic literacy skills and 40% had severe literacy problems. Similarly, the Social Exclusion Unit reported that 80% of prisoners have writing skills at or below the level expected of an 11-year-old child; the equivalent figure for reading is 50% (Social Exclusion Unit, 2002:6).

In other words, there is a clear link between failure to read and write, and offending and imprisonment. The report also concluded that children from the most deprived social backgrounds were most likely to be drawn into offending behaviour.

Public library users are also twice as likely to say that they talk with their family about what they are reading at least once a week and report that they get significantly more encouragement from their parents in reading.

School test results confirmed that young people reading above the expected level for their age are twice as likely to be public library users.

The report concluded that public library use is strongly correlated with positive outcomes for reading attitudes, motivation, and behaviour and school attainment.

At the end of 2009 in a survey entitled Young People’s Reading and Writing, the National Literacy Trust surveyed 17,000 children and young people online in the UK’s largest ever study of young people’s attitudes to literacy and literate behaviour. The research demonstrated the powerful relationship between a child’s access to resources and their attainment in reading and writing.

Worryingly, the research also found that children’s access to all types of resources had fallen since its previous survey in 2005. Book ownership in children and young people had fallen steeply from 89% to 73%. Interestingly, there had been a significant drop in the number of children who access a computer at home (91% in 2005 to 83% in 2009). Therefore it is demonstrably not the case that libraries are no longer needed as a learning resource by a population that has greater access to electronic media.

This evidence, and all the studies that have been conducted over the last decade, make it clear that in the event of Public Library Services being reduced, or withdrawn altogether, the biggest losers will be among the lowest socio-economic groups; that their acquisition of literacy skills is likely to be impaired; that they are more likely to resort to offending behaviour.

In 2000 the OECD, in its paper Literacy in the Information Age concluded that literacy not only enhances career prospects, but also reduces the chance of being unemployed. In most countries, low skills are associated with a higher incidence of long-term unemployment as opposed to short-term unemployment. Its research also found that of the factors studied in the wage analysis, educational attainment is the most important determinant of earnings in most countries; that across countries, higher levels of literacy skills in the workforce are associated with larger proportions of knowledge jobs in the economy; and that literacy skills influence positively the probability of being in a white-collar high-skilled position and negatively the probability of being unemployed or in a blue-collar position.

In 2012, an OECD survey revealed that UK schoolchildren had fallen from 17th to 25th in its international league tables for standards in reading.

Therefore it is clear that, setting aside any arguments about the role of literacy in enhancement of understanding and enjoyment of life, there are hard economic reasons why literacy is vital to our children’s competitive future in a world-wide labour market, and accordingly, to their future prosperity. If you close libraries, you destroy opportunities for young people to develop their full potential as citizens, with those from the lowest socio-economic groups being most deeply and adversely affected. Research shows that when a library closes, almost half its users do not transfer to another library. They simply stop using the service.

Only one conclusion can be reached from the evidence. If you destroy your library provision, you will destroy your city’s social, cultural and economic future. And this from a city that, only five years ago, was the European Capital of Culture!

I’ll conclude with a few more comments I hope you will find persuasive:

(Bennett doesn’t mean sexual or physical abuse. Neglect of a child’s needs in developing into a properly functioning individual is also abuse.)

CHICAGO MAYOR RICHARD M. DALEY: “If you cut funding to libraries, you cut the lifeblood of our communities.”

ELEANOR CRUMBLEHULME, LIBRARY ASSISTANT, UNIVERSITY OF BRITISH COLUMBIA: “Cutting libraries during a recession is like cutting hospitals during a plague.”

“At the moment that we persuade a child, any child, to cross that threshold, that magic threshold into a library, we change their lives forever, for the better.”  PRESIDENT BARACK OBAMA

We cannot persuade any child to cross the threshold into a library that is no longer there. Watching Liverpool Council dismantling its own social fabric in order to reduce expenses is like watching a man cut his own leg off to save money on shoes. I urge you to rethink this potentially disastrous policy.