Fight against the creatures of nightmare in MONSTER HUNTER!

YOU are the Monster Hunter! Get ready to battle against the creatures of nightmare.

As an agent of G.H.O.S.T. (Global Headquarters Opposing Supernatural Threats) your job is to protect the world of the living from the undead and creatures of shadows.

There are now ten titles in this iHero series. Are you brave enough to read them all? 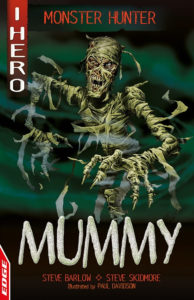 London lies helpless in the grip of an ancient Egyptian curse. Your mission is to stop it, if you can… 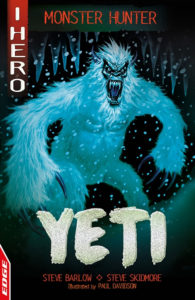 Global warming has caused a pack of yetis to thaw out! They are prowling the Himalayas and terrorising everyone in their path. Can you stop them and put them back in the freezer? 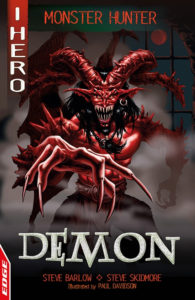 There’s been an outbreak of demon activity in India. A deadly Demon King wants to take over the world. It’s up to you to stop him, before he does! 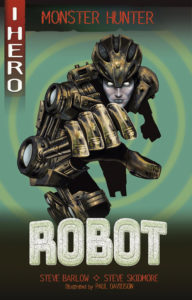 An advanced robotic suit of combat armour is on the rampage. The Artificial Intelligence behind it, needs to be stopped, or else…

A zombie virus has infected a fairy tale theme park in Beijing. Your mission is to rescue any survivors and prevent a zombie outbreak. Get ready to battle against Little Dead Riding Hood, Rapunzombie, Prince Chomping and other creatures of nightmare!

Ghosts have taken over the Tower of London. Have you got what it takes to fight against the Lady of the Tower and her ghastly followers?

Aliens have attacked and taken over a top military base. Your mission is to stop them and close up the portal to their home planet… if you can!

Werewolves are running wild in Russia. You’re sent into the snow to stop them in their tracks…

Dr Omega is creating mutant humans – turning them into monsters. Your mission is to stop these experiments before the mutants take over the world!

Vampires have snatched a group of tourists in Switzerland. You are sent on a mission to find them and stop the vampires…