iHero – Decide your own destiny 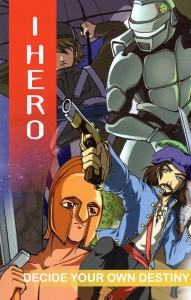 This is an interactive adventure series, where you are the hero. These books are a little bit different to ones you may have read. You decide what is going to happen and how the story develops! You read part of the story and then are given a number of choices. Some of these choices will help you in continuing the story, but make a wrong one and that’s it! You will have to start your adventure all over again…

There are 12 adventures to undertake. You can choose to be a World War II spy, a gladiator in ancient Rome, a Viking looking for revenge or you could even travel in time and space to try and stop the aliens taking over the moon base – it’s up to you! But be careful to choose wisely, or else… 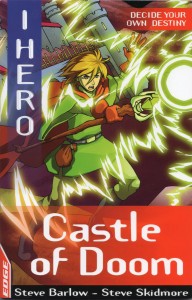 You are a wizard warrior who battles against the forces of darkness. Now you must summon all of your strength to fight a new enemy. Will you defeat the evil at the Castle of Doom?

The 2 Steves say… “We love fantasy films and books! The Lord of the Rings was one of our favourite books when we were youngsters! This is our homage to it. Trolls, wolfmen, shapeshifters, evil wizards – they are all here!”

Other people say… “Another great title!” 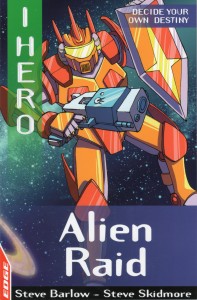 You are a commander in the Galaxy Defence Force. You have fought against many aliens, but now a huge invasion fleet has been spotted! Will you destroy the alien invaders?

The 2 Steves say…“This book is a mixture of Star Wars, Stargate, Star trek and Dr Who! We love Sci Fi and love the idea of saving the World against all the aliens out there!”

Other people say…“This is my favourite iHero book. I loved beating the aliens.” 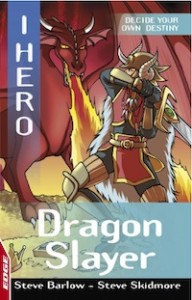 You are a monster slayer from the land of Scanda. You have batled ogres and giants, but now there is a new threat – a dragon! Will you find the dragon and destroy it?

The 2Steves say... “This I Hero book is based on the Old English poem, Beowulf. It is a fantastic piece of literature, full of warriors, fantastic beasts and blood and guts!”

Other people say… “We love the I Hero books!” 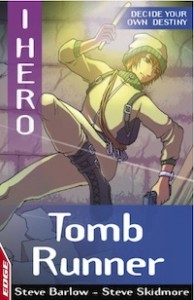 You are a treasure hunter. You are hired to find the hidden tomb of Genghis Khan. Will you travel to Mongolia and help discover the tomb and its riches?

The 2Steves say… “The tomb of Genghis Khan is supposed to exist – but no one has found it yet! We love playing the Lara Croft games and when we were asked to do another I Hero book, we came up with the idea of hunting for the lost tomb! Is it out there still?”

Other people say…“These are my favourite books ever!” 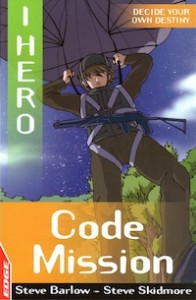 You are a British Special Intelligence Service agent in World War II. The Germans have captured a top-secret code-breaking machine. Can you get to France and destroy it?

The 2Steves Say… “This book is based around the events of D-Day. It is very exciting! You are the hero of this book – only you can decide your own destiny!”

Other people say…“Sure to be a big hit.“ 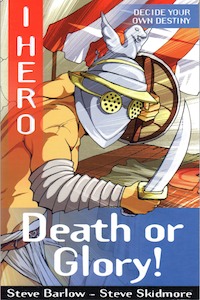 You are a warrior, part of a tribe at war with the Romans. But what happens when you are captured? Do you have what it takes to become a gladiator? Will you be able to stand up to the gladiator, Crixus?

The 2Steves say... “This is set in ancient Rome and is based on a true story! You are the hero of this book. Only you can decide your own destiny.”

Other people say…“This is a great book. I recommend it to all!“ 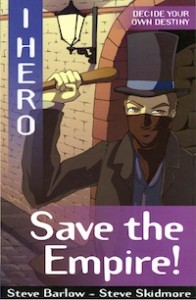 You are a private detective living in London in Victorian times. The British Empire stretches around the world, but is under threat from a deadly secret society. Will you help the police to trace a stolen, top-secret weapon?

The 2Steves say... “We love Sherlock Holmes stories! This is our version of a Victorian detective story, but in this story, you are the hero! Can you solve the crime or will you perish in the attempt?”

Other people say… “Sure to be a big hit.“ 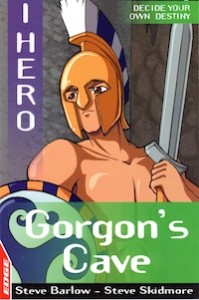 You are an adventurer living in the mythical world of Ancient Greece. The daughter of the King of Thebes has been kidnapped.  Will you try and rescue her? If you choose to do so, you will have to fight your way past monsters from your worst nightmares!

The 2Steves Say… “We have written many books based on the myths of Ancient Greece. They are full of monsters, fighting and adventure – just perfect for an I Hero book!”

Other people say…“I think it was cool that you could choose what to do, so the story can be different every time you read it… Awesome!“ 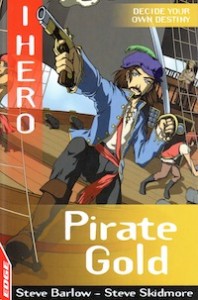 You are a ‘pirate’ sailing with Francis Drake in the time of Elizabeth I. You set course to the Spanish Main to attack Spanish ships carrying gold and silver. Can you defeat the Spanish and steal the treasure?

The 2Steves say… “This adventure is based on a true story! Elizabeth I employed ‘privateers’ or ‘gentleman pirates’ to attack Spanish ships. Francis Drake was probably the most famous of these pirates – he was known to the Spanish as El Draco – The Dragon!” 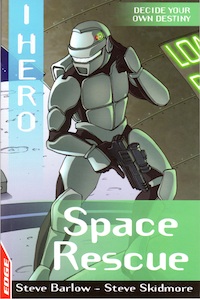 You are an astronaut at the United Nations Space Agency. The Agency has lost all contact with the moon base. There is the possibility that an alien life-form has infiltrated the base! Can you get to the moon and track down the crew?

The 2Steves say… “We love Sci-fi books and films! It was great to be able to write about astronauts and aliens! But in this book, you are the hero and must make the correct decisions, otherwise the aliens might get you! Be careful!”

Other people say… “Sure to be a big hit.“ 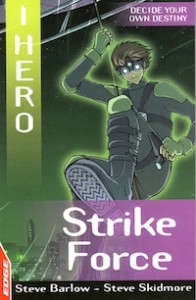 You are a member of Strike Force, a Special Operations squad. You take part in many dangerous missions. A President’s granddaughter is in danger. An international gang are planning to kidnap her. Can you find a way to save her?

The 2Steves say… “This is a really exciting story! We love these Special Missions stories. We might even write another one of these, because we enjoyed writing this so much! You are the hero of this book, but you’ve got to make the right decisions, or else…!”

Other people say… “I love this! It’s so exciting!“ 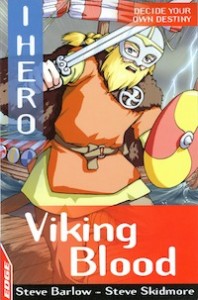 You are the captain of a Viking trading ship. Your village has been destroyed by raiders, led by the evil, Kalf Blood-drinker. Will you set sail to seek revenge for your people.

The 2Steves say… “We enjoyed writing this book! We like reading Viking stories – they are full of action and monsters and fighting! But in this book, you are the hero and only you can decide your destiny!”