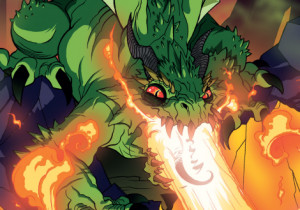 YOU are a former City Guard,  a member of an elite unit of highly trained warriors. The safety of the world you live in is threatened – only you can save it!

Many years ago Solmor, the world’s greatest Spellcaster, created a magnificent crown for the High King, a crown of pure gold set with four great rubies. The Ruby of Power gave its owner fighting skills; the Ruby of Seeing, the gift of telepathy and reading minds; the Ruby of Magic, powers of enchantment; and the Ruby of Death, mastery over the world of the dead. But rulers across the world wanted the power of the Crown of Rubies for themselves.

It became a force for evil and after many terrible wars, the crown was renamed the Blood Crown.

Just before his death, Solmor destroyed it and hid the rubies across the globe, so no one could find them. But people still wanted them, and now the Red Queen and her necromancer husband are hunting for them. She has already seized the Ruby of Death and raised an army of the dead. Now, with her husband, the necromancer Mortha, they plan to find the remaining  three rubies and cast a permanent shadow over the world.

Your quest is to find the rubies  before the Red Queen and her minions take over your world and turn it towards darkness forever! 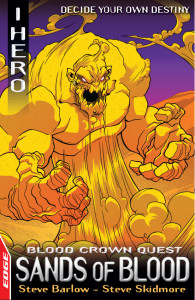 You must return to the City of Alba from where you were banished and hunt down the Ruby of Power. You will have to use all of your fighting skills to succeed! 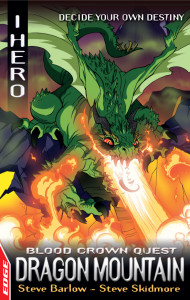 Your quest for the rubies continues. Now you must travel to the mountains of the north to find the Dragon princess and the Ruby of Seeing. But the Red Queen knows you are seeking the ruby and has sent her followers to stop you – will you be able to defeat them and gain the second ruby? 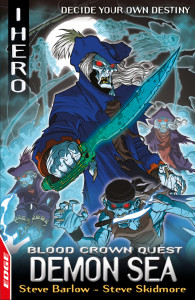 Your quest takes you on a search for the Old Man of the Sea – he holds the secret to where the Ruby of Magic is hidden. Your latest adventure will test you to the limits as you fly on the back of your gryphon to the Sea of Oblivion, battling Demon Pirates and magical creatures. 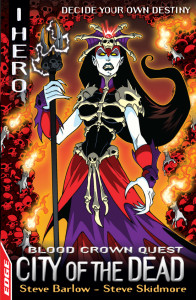 In the thrilling conclusion to your quest, you must travel to Necropolis, the City of the Dead, where the Red Queen lives. You will have to defeat her and her necromancer husband to claim the Ruby of Death. Only then will you have the full power of the Blood Crown. But will you use it for good, or for evil? Only you can decide your own destiny…