Crime Team is a brand new series written for the detectives amongst you! We love detective books and murder mystery television shows – from Sherlock Holmes to CSI, we can’t get enough! So we thought, “how about combining these with our iHero series?”

So you still have to make choices, but there are lots of clues in the illustrations and the story for you to solve and come up with the solution to the crimes! 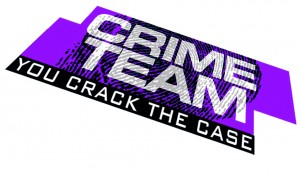 In these books, you are head of the Crime Team unit, a section of the International Police Federation at the United Nations. Your mission is to tackle the toughest cases and solve mysteries that have baffled the world’s top police forces. Your team has several members, the best in their fields of expertise. It is up to you to use these skills to solve the crimes, but make sure that you don’t get warned by  your bad-ass boss, Commander Tucker!
There are four crimes for you to solve – what are you waiting for? Get cracking! 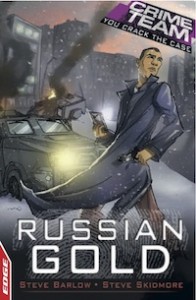 An armoured convoy has been attacked in Moscow. The thieves have stolen hundreds of gold bars. But who was behind the raid, and where is the gold. It’s up to you to travel to Moscow and crack the case before the Russian Mafia get to you!

The 2Steves say… “This title took a lot of research – not only finding out about the criminal gangs of Russia, but also about the geography of Moscow. Hope you think it was worth all the effort!” 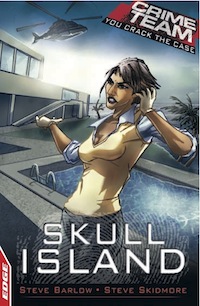 A millionaire has been found dead at his luxury villa on a private Caribbean Island. Did he die of natural causes or was he murdered? And if he was murdered, who did it? It’s up to you to solve the clues and crack the case!

The 2Steves say… “We enjoyed working out the plot for this book – it was the first book we wrote in the Crime Team series! The exotic setting was based on a trip that Steve S took to the Caribbean (but not to his own private island, unfortunately!).” 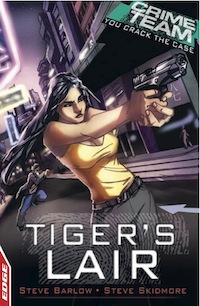 The daughter of a Hong Kong business man has been kidnapped. But who took her and why? What seems an easy case to solve suddenly gets very tricky. Will you manage to crack the case, before it’s too late?

The 2Steves say… “Hong Kong is one of our favourite cities in the whole wide world! It was great to be able to set a Crime Team story in such an exotic and exciting location!” 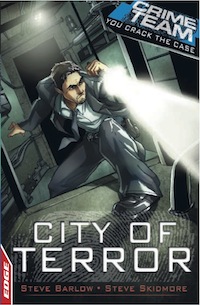 You have got to stop a crime happening! There is the threat of a terrorist attack on London  – but who is planning it and where will it take place. You are in a race against time in your efforts to help British Intelligence stop the atrocity. Will you crack the case in time

The 2Steves say… “Unfortunately, the idea behind this book is only too real. There have already been several terrorist attacks in capital cites throughout the world. Luckily, there are people who are brave and clever enough who are constantly working to prevent such attacks happening again.”